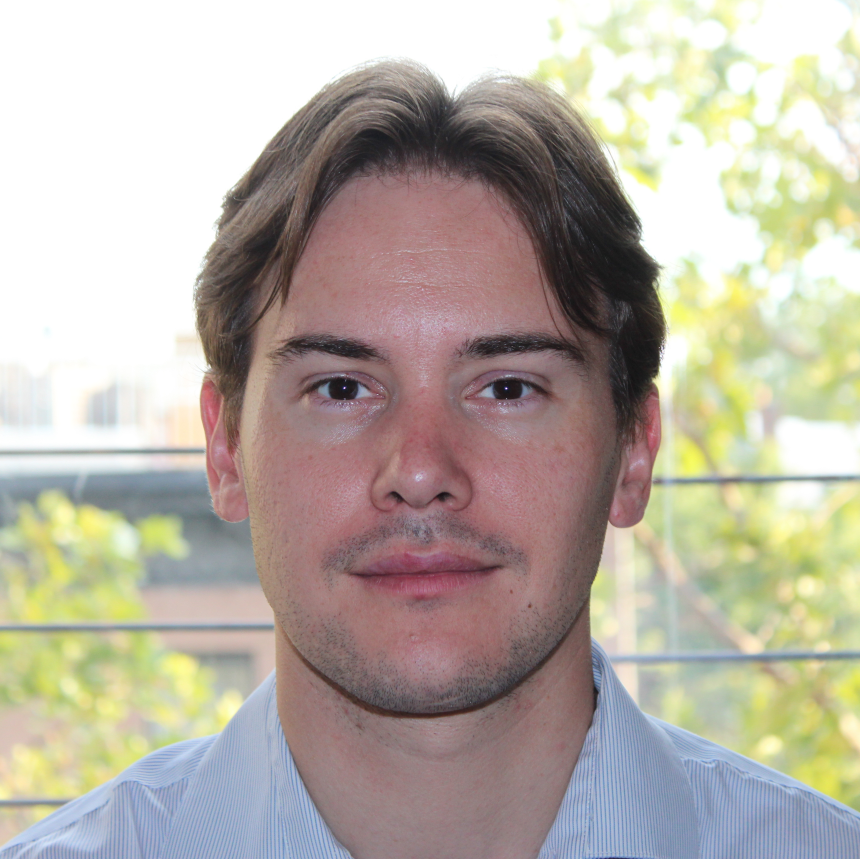 Numpy doesn't have GPU-acceleration, so this is just to force us to understand what's going on behind the scenes, and how to code the things pytorch does automatically. The main thing we have to dig into is how it computes the gradient of the loss with respect to all the parameters of our neural net. We'll see that despite the fact it seems a very hard thing to do, calculating the gradients involves roughly the same things (so takes approximately the same time) as computing the outputs of our network from the outputs.

If we take the same example as in this article our neural network has two linear layers, the first activation function being a ReLU and the last one softmax (or log softmax) and the loss function the Cross Entropy. If we really wanted to, we could write down the (horrible) formula that gives the loss in terms of our inputs, the theoretical labels and all the parameters of the neural net, then compute the derivatives with respect to each weight and each bias, and finally, implement the corresponding formulas.

Needless to say that would be painful (though what we'll do still is), and not very helpful in general since each time we change our network, we would have to redo the whole process. There is a smarter way to go that relies on the chain rule. Basically, our loss function is just a composition of simpler functions, let's say:

and so forth. In practice, this is just a tinier bit more complicated than this when the function \(f_{i}\) depends on more than one variable, but we will study that in details when we need it (for the softmax and a linear layer).

To code this in a flexible manner, and since I need some training in Oriented Object Programming in Python, we will define each tiny bit of our neural network as a class. Each one will have a forward method (that gives the result of an input going through that layer or activation function) and a backward method (that will compute the step in the back propagation of going from after this layer/activation to before). The forward method will get the output of the last part of the neural net to give its output.

It seems complicated but it's not that difficult, just a bit of math to bear with. Our hard bits will be the linear layer and the softmax activation, so let's keep them for the end.

If \(f\) is an activation function, it receives the result of a layer \(x\) and is applied element-wise to compute the output which is \(y = f(x)\). In practice, \(x\) is a whole mini-batch of inputs, so it's an array with as many rows as the size of our mini-batch and as many columns as there were neurons in the previous layer. It's not really important since the function is applied element-wise, so we can safely imagine that \(x\) is just one entry of the array.

The forward pass is straightforward, and the back propagation step isn't really complicated either. If we know the derivative of our loss function with respect to \(y\), then

where \(f'\) is applied element-wise and \(\odot\) represents the product of the two arrays element-wise. Note that we will need to know \(x\) when it's time for the back propagation step, so let's save it when we do the forward pass inside a parameter of our class.

The easier to implement will be the ReLU activation function. Since we have

we can compute its derivative very easily:

Then the ReLU class is easily coded.

We just simplified the multiplication between grad and an array of 0 and 1 by the where statement.

We won't need it for our example of neural net, but let's do the sigmoid to. It's defined by

and by using the traditional rule to differentiate a quotient,

Then the sigmoid class is

Note that here we store the result of the forward pass and not the old value of x, because that's what we will need for the back propagation step.

The tanh class would be very similar to write.

The softmax activation is a bit different since the results depends of all the inputs and it's not just applied to each element. If our input is \(x_{1},\dots,x_{n}\) the output \(y_{1},\dots,y_{n}\) is defined by

When we want to take the derivative of \(y_{i}\), we have \(n\) different variables with respect to which differentiate. We compute

Now when we implement this, we have to remember that x is a mini-batch of inputs. In the forward pass, the sum that we see in the denominator is to be taken on each line of the exponential of x which we can do with

This array will have a shape of (mb,), were mb is the size of our mini-batch. We want to divide np.exp(x) by this array, but since x has a shape (mb,n), we have to convert this array into an array of shape (mb,1), otherwise the two won't be broadcastable (numpy tries to add the ones at the beginning of the shape when two arrays don't have the same dimension). The trick is done with resize or expand_dims:

Another way that's shorter is to add a None index:

For the backward function, we can note that in our formula, \(y_{j}\) can be factored, then the values we have to compute are the

where I noted g the gradient of the loss with respect to the \(y_{j}\). Again, the sum is to be taken on each line (and we have to add a dimension this time as well), which gives us:

The cost function is a little different in the sense it takes an output and a target, then returns a single real number. When we apply it to a mini-batch though, we have two arrays x and y of the same size (mb by n, the number of outputs) which represent a mini-batch of outputs of our network and the targets they should match, and it will return a vector of size mb.

For the backward function, we don't have any old gradients to pass, since this is the first step of computing the derivatives of our loss. In the case of the cross-entropy loss, those are \(-\frac{1}{x_{i}}\) for each \(i\) for which \(y_{i}\) equals 1, 0 otherwise. Thus we can code:

This formula can be seen for just one vector of inputs or a mini-batch, in the second case, we just have to think of \(B\) as a matrix with mb lines, all equal to the bias vector (which is the usual broadcasting in numpy).

Let's begin with this. In terms of coordinates, the formula above can be rewritten

So we have immediately

As we explained in the introduction we average the gradients over the mini-batch to apply our step of the SGD, so we will store the mean over the first axis of those two arrays.

Then, once this is done, we still need to compute the derivatives of the loss with respect to the \(x_{k}\). This is given by the formula

This can be rewritten as a simple matrix product:

We all of this, we can finally code our own linear class.

Note that we initialize the weights randomly as we create the network. The rule usually used for this is explained here, I may write another article detailing the reasoning behind it later. The biases are initialized to zero.

We can now group all those layers in a model

We can then create a model that looks like the one we defined for our digit classification like this:

To test it, we can use the data from the MNIST dataset loaded in this notebook, we just have to convert all the torch arrays obtained into numpy arrays, flatten the inputs, and for the targets, replace each label by a vector with zeros and a one (because that's what our loss function needs). Here's an example of how to do this:

It's slower than the pytorch version but at least we can say we've fully got in the whole details of building a neural net from scratch.